Hello and welcome to the update for the month of July.

In my last post, I talked about how this month Penny's movement code was going to be finished. Well I am happy to say that for the most part, I have accomplished this goal. The only thing I haven't be able to finish is some of the animations and a secret ability that I had planned. But all of the required parts of Penny's movement code is coded. Granted there are plenty of bugs to find and fix, but I got it done. 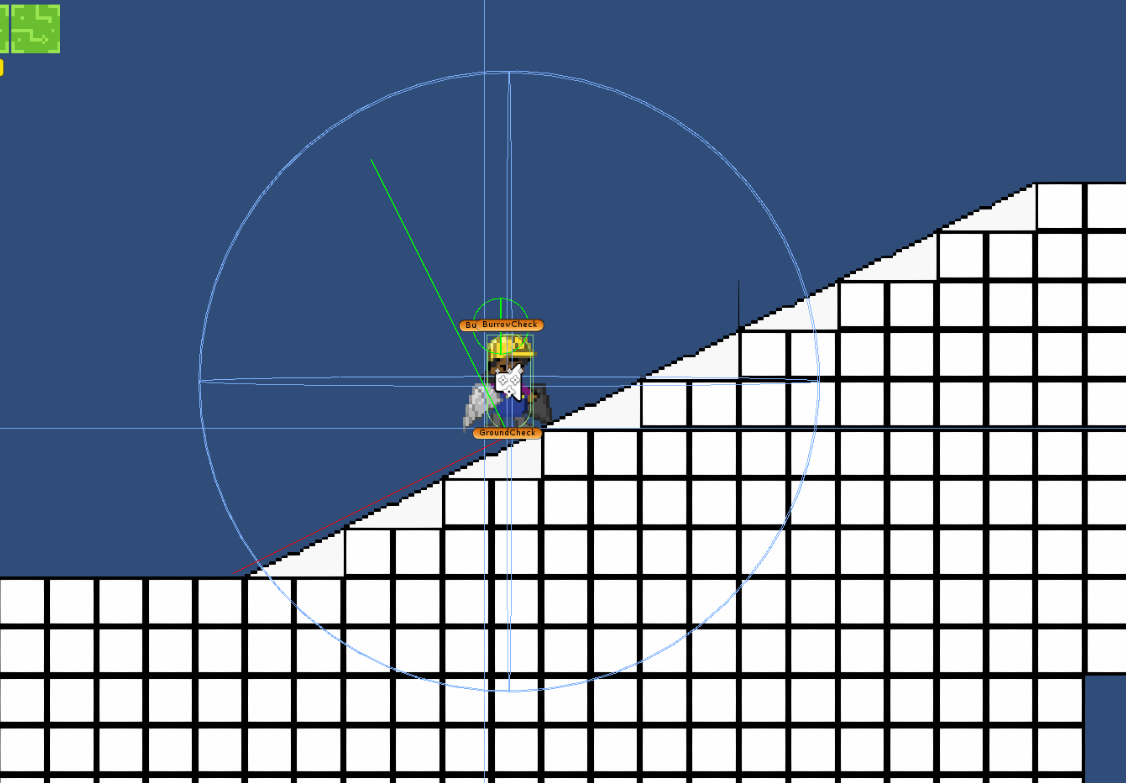 One of the things I absolutely needed to fix was support for slopes. Fortunately, I had already coded this type of logic for another game that I never finished, so gutting and incorporating it into Mole Maiden was a relatively simple process. The game uses two raycasts to detect when Penny is on an angle or not, and changes here physics material to have more friction. That way she can't slide down a slope. It even works while dashing!

A NEW AND FLASHY LOOK:

I had to think for a long time about what I wanted Mole Maiden to feel like. Sure I knew what I wanted the gameplay to feel like, and I had Penny as my base to help me build the rest of the cast around. However, I never felt like I had a 'theme' for the game. Something that people could look at and go "oh yeah, that's Mole Maiden." I'll use the Persona games as another example. Each of those games has their own type of visual style that give the game it's own identity.

I have always been a big fan of this kind of approach. I have also always been a big fan of manga and pop art. When I was a kid I use to write comic books and even wanted to be a comic book author when I grew up. I had a funny idea of adding pop art as hit effects when Penny hit an enemy and this idea kinda blossomed into making the game into an "interactive manga/comic book." I use quotes because I'm not making Mole Maiden into a visual novel but rather using comic books and manga as my main inspiration for art direction and visual effects.

The video above showcases this idea in action with new are for the main menu inspired by text-blocks and patterns ripped right out of something like Into the Spider-Verse or My Hero Academia. This has been a great decision for me, since now I can learn into that crazy exaggerated and bombastic realm that cartoons and comics fall under.

It almost feels like I have come full-circle back to that original childhood dream, which I think is quite funny.

As I wrap up the movement code and the month of July, it's time to talk about plays for the coming month. First, I am starting a new job so the first few weeks of the month are going to be dedicated to training, but the nice thing about this new job is it leaves me with plenty of time to work on the project. Second, I plan on continuing Mole Maiden, but I do need to make sure that I can work on the game solo as my senior capstone project since that was the whole point of it, but no one cares.

Thank you so much for following my progress. See you gamers in September!

Get Mole Maiden: Journey through Geocress

Burrow your way to become the very best!